Dr. Sung received ‘The Nokjo-Geunjeong Medal’ from the Korean government 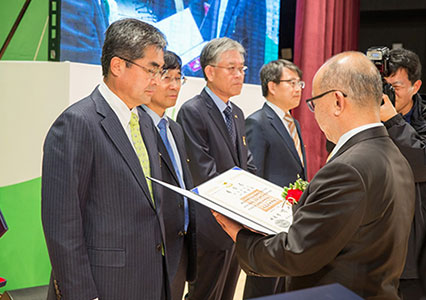 Minister Hyung-Pyo Mun of Ministry of Health & Welfare has presented the Nokjo-Gunjeong Medal to CEO Myung-Whun Sung of Sheikh Khalifa Specialty Hospital in the ceremony of 43rd health day held on April 7. He has received the honor through his contribution to exporting Korean health system.

‘Geunjeong Medal’ is presented for whom has served with distinction in social development. It is the highest honor for civil servants presented from Korean government.