The initiatives that are considered of more importance to the public are those relating to roads, bridges and crossings due to their direct link to all citizens and residents who are using the roads.

In this context, the initiatives of HH the President of the UAE has given wide attention to roads for teir role in supporting the national economy and in linking the Emirates in the country, as well as in facilitating traffic and providing infrastructure consistent with the urban development witnessed in the country.

The development of Sheikh Mohammed bin Zayed Road, is one of the most important of these initiatives, particularly those relating to the Fifth Industrial Square Road that is considered a connection point that is linking the Northern Emirates in the country between each other, passing through Sharjah, Dubai and the capital Abu Dhabi.

The Bridges system included in the project is the largest system on highways in the country.

Besides, there is Yabset Al-Aber, which is a circular road around the city of Fujairah which rescues the city from traffic pressure and massive flow of trucks crossing from the East Coast to the other cities of the country through the chain of mountains surrounding the city at a cost of 200 million dirham.

The intersection of Al-Hamidiya in Ajman that is called the intersection of Sheikh Khalifa is one of the most vital projects in the Emirate, which consists of five subways, and include six flyovers and a main tunnel for cars and four tunnels for pedestrians, and is characterized by the use of lighting system that is the latest in the world in saving energy and reducing maintenance works.

In addition to these major projects, there is a wide range of internal roads and entrances and trucking routes, such as Duba-Masafi road and Khor Fakkan Port Road. 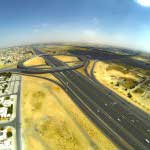 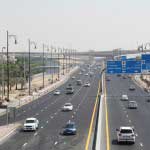 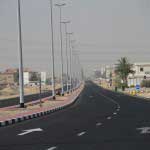 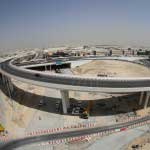 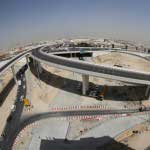